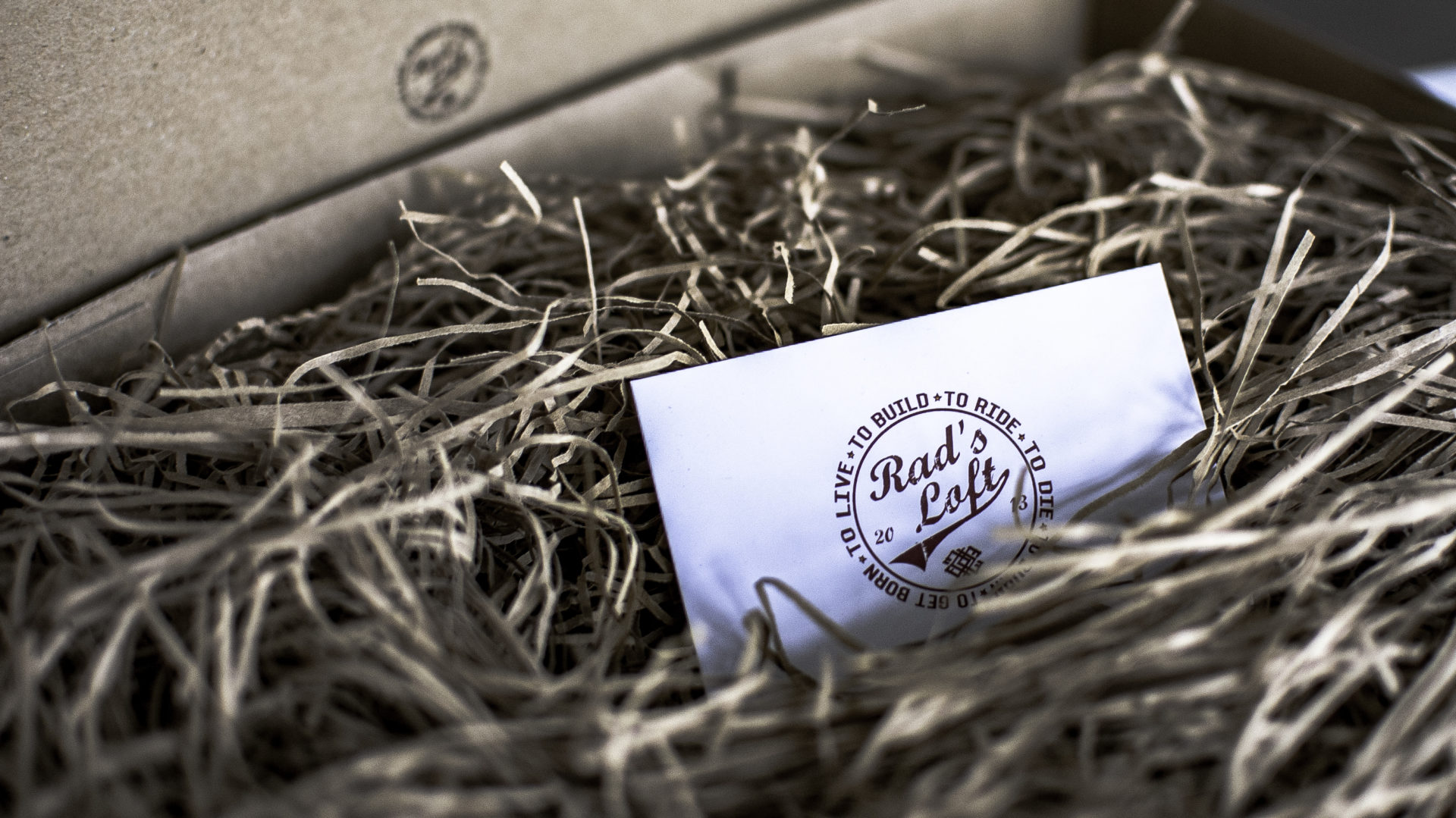 A hard tail bobber based on a Yamaha XS650 that started as a basket case with the remaining front section of the frame (as the back side of it was already chopped off) and an engine that sat in a plastic box for ten years. I brought it all in the back of a car all the way from Bishop Auckland and the works commenced even before I got my motorcycle license.
The majority of work was performed up in the loft of an ordinary flat right here in Southend On Sea, using not much more than hand held tools. Only the frame traveled to Oxfordshire to get the rear end built and fitted by Mr. Roger Almond.

My personal favorite bit on this bike happens to be the part that not many even notice – it’s a poem – hand stamped onto the leather with permission and blessing of the poem’s author – Ellen McAteer herself, and it isn’t one full of flowers – it’s rather shockingly dark and real. Why such a poem? You see – to my world nice things always had to bring something more than just good looks.
A note to myself: don’t forget to take the bike over to Ellen’s for her to have a closer look – You promised.

After it got up and running and before I was presented with a road goblin repellent bell by my friend George (thank You, George – I feel much more confident now), it started asking for more attention:
Engine happened to be tired – it lost all of it’s compression, so had to be rebuilt. That got done brilliantly with help of mr. Martin Foster of “Kursaal Klassics and Kustoms” , and it is running now as smooth as a swiss watch.
I got really lucky to catch another goblin on my way to seeing Dick Smith aka The Baron , this time an electrical one (it just cut out on me). Providing I’ve done all the wiring of the bike from ground up myself, when I did not have a single clue of what I’m doing – to get a single glitch after a 1000 miles of riding isn’t to bad, hey? The glitch was easily rectified by an electrical magician Steve Hallam (as it was a school boy’s error kinda silly thing inside of my headlight).
Dick has thrown a new, stronger rear mudguard together for me (as mine fell off during a Distinguished Gentleman’s Ride earlier on). All I had to do after was to try and replicate the design of that mudguard to build a matching front one by myself and I hope I succeeded (God I wish I had better tools).

The seat on this bike was a very first leather item I ever tried to make and it hooked me. You see -working on it sparked some warm memories. I remembered my childhood when I used to watch my Granddad – an old school saddler – do his magic. That smell in the room, old hand held tools and the sounds of the leather being punched and cut… I wanted more of it in my life again.

This project brought so many new friends and taught me so much – I hope You can see now how it became of an immense sentimental value to me.

For most – it’s just another bike, for me – it’s a life changer.